News reaches us that some people had an awesome weekend– specifically, those that got to attend the Rezzed Game Show in Birmingham, UK!

Rezzed is a gaming expo focused entirely on PC and indie games, put on by the good people at Eurogamer and Rock, Paper, Shotgun. Lots of awesome stuff was shown there this year including Sir, You Are Being Hunted, Hotline Miami 2, Prison Architect, Surgeon Simulator 2013, and more. We were lucky enough to have Gone Home selected as part of the Leftfield Collection, a section of the expo dedicated to smaller and more experimental indie games.

Sadly for us, we weren’t able to attend in person, what with the cost of travel and us trying to get the game finished. But one awesome thing about the Leftfield Collection is that the Rezzed organizers do all the hard work of setting up the demo stations and keeping them running, meaning all you have to do is send them a build, and people on the showfloor will have the chance to play. We conscripted a few of our friends in the UK– Phillipe Bosher, Emma Smith, and Aubrey Hesselgren— to chat with players and keep the booth running smoothly. They also marked up our booths with a nice hand-drawn version of the Gone Home logo, and the twitter handles of the game and the team:

So while we regret being unable to show up ourselves, we were incredibly excited to have attendees of the show get their hands on Gone Home. In fact, this weekend was the first time the game had been available at a big event open to the general public. And we hear it went really well! 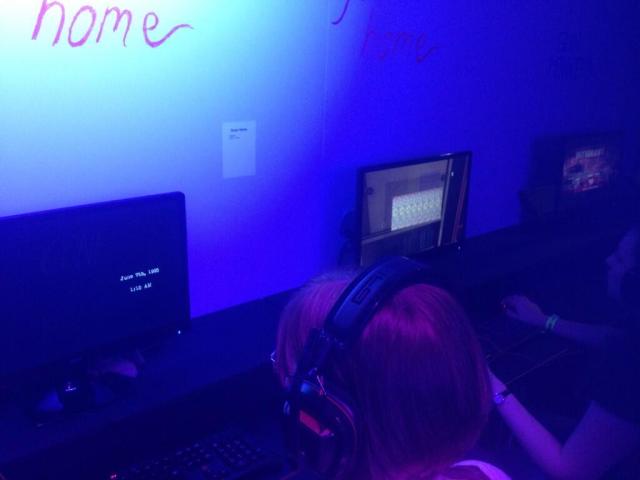 There were two demo stations running Gone Home, and we’re told they were in constant use throughout both days of the show, sometimes with quite the queue of people waiting to play (sorry if you had a long wait in front of you! We appreciate your patience!) We also had some swag to give away, in the form of lapel pins, postcards, and a few fridge magnets that apparently disappeared quite quickly: 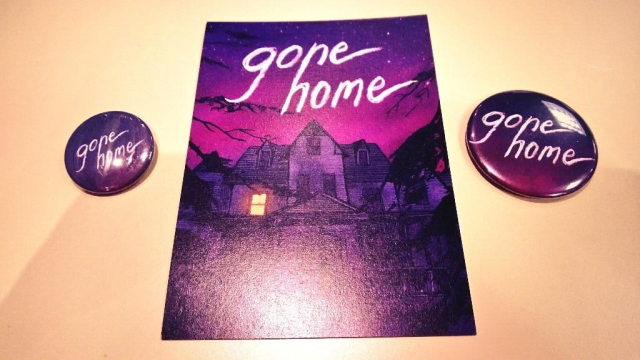 We’ve gotten a ton of nice tweets and emails from people that discovered Gone Home at the expo:

@GoneHomeGame is my top game at Rezzed. Well done

@GoneHomeGame Gone Home was the game I was most excited to see at the show – keep up the fantastic work! 🙂 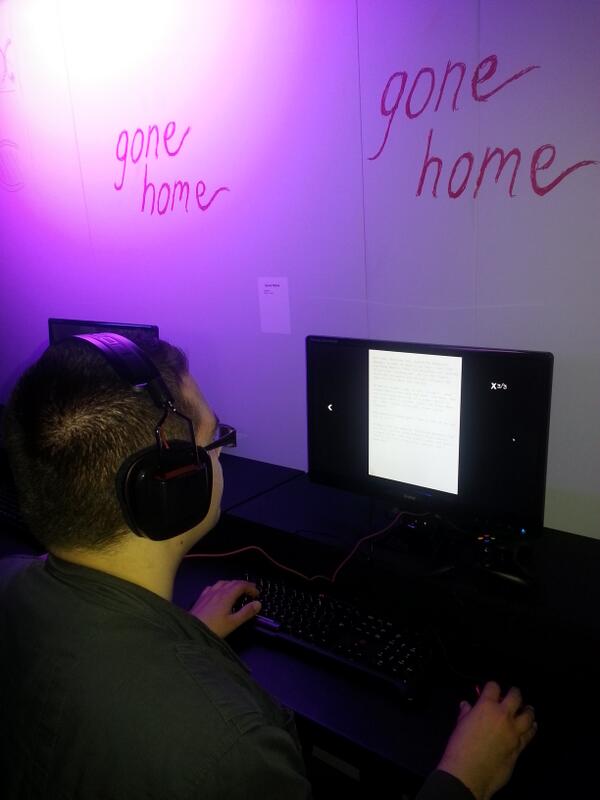 So a huge thank you again to everyone that came out to Rezzed and tried Gone Home, and to the organizers and our friends who made it all possible! Here’s hoping we’ll be there in person for next year’s show! 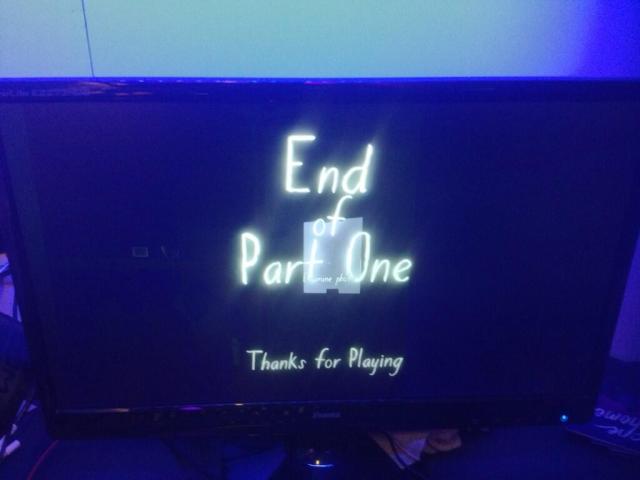 Co-founder of The Fullbright Company
View all posts by Steve →
This entry was posted in Announcements, Media, Press. Bookmark the permalink.